Today we are thrilled to announce that Alchemy, already the world’s leading blockchain developer platform with 70% of top Ethereum apps, has ended its closed beta and is now available for all developers to use. Launching a self-serve platform for all developers has been a major goal since founding Alchemy, and now we’re one step closer to our mission of supercharging the next computing paradigm.

Alchemy currently provides the infrastructure and developer tools that support over $7.8 Billion dollars worth of on-chain transactions annually, 70% of top Ethereum applications, and roughly 60% of the total assets locked in DeFi, currently $2.8B of $4.7B. Additionally, Alchemy powers 4 million users and over 30 billion queries per year. Now, Alchemy is making its entire platform available for anyone building on Ethereum with developer-friendly pricing that starts free and grows with usage.

Huge shifts in technology like personal computing and cloud services are always quietly powered by giant developer-centric companies such as Microsoft and AWS. Now blockchain and cryptocurrency represent the next major shift in Web 3.0 with growing popularity for decentralized systems and finance far beyond Bitcoin. As more innovators, entrepreneurs, and investors flood into the space, all the world-class companies and killer apps will require the same thing: highly reliable, highly scalable infrastructure and developer tools.

Despite being in closed beta since our founding, Alchemy is already the backbone of Ethereum with significant traction and market share. Customers include Maker, Aave, Bacor, 0x, Kyber, dYdX, Augur, Circle, MyEtherWallet, Dharma, Shapeshift, Dapper Labs (Cryptokitties), and Splunk. However the blockchain industry develops, from tokens to DeFi to enterprise solutions, Alchemy enables innovation and scale in all these areas, and now that our self-serve platform is officially available to the public, many more developers may build and accelerate this industry.

Best of all, the Alchemy developer platform is fast and simple to set up. No code, no configuration -- it works out of the box. Plus, our legendary support and passionate community help guide developers every step of the way from launch to scale.

Roham Gharegozlou, Founder and CEO, Dapper Labs said, “Alchemy’s developer platform lets our team focus on shipping code, not managing infrastructure. By working with Alchemy, we can move faster and serve our customers better because we can rely on enterprise-grade tools and support.”

At Alchemy, our mission is to supercharge the next generation of internet companies built on blockchain. After supporting the top 70% of Ethereum apps while still in closed beta, we believe the public launch of our self-serve platform represents a huge leap forward for the industry as now anyone building on Ethereum can get started with Alchemy for free starting today. We can’t wait to see what magic developers build on blockchain next thanks to Alchemy.

Alchemy is the world’s most powerful blockchain developer platform, relied upon by millions of users and 70% of the top blockchain apps including Maker, 0x, MyEtherWallet, Aave, dYdX, Splunk and Kyber. Backed by Stanford University, Coinbase, the Chairman of Google, Charles Schwab, and globally recognized founders and executives, Alchemy powers billions of dollars of transactions for top companies around the world and has been featured in TechCrunch, Wired, Bloomberg and numerous other media outlets. The Alchemy team draws from decades of deep expertise in massively scalable infrastructure, distributed systems, and artificial intelligence with leadership roles at Google, Microsoft, Facebook, Stanford, and MIT. Our mission is to supercharge the next tectonic shift in technology with the world’s most powerful blockchain developer platform.

Learn
How to polyfill node core modules in webpack 5 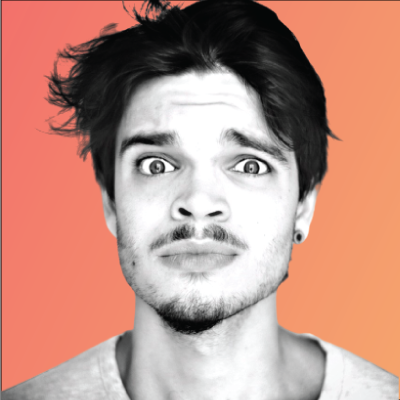