Promo code will be applied when you complete sign up.
Sign up now!
🎉  Introducing the WAGBI 👷‍♀️ 🛠️ Grant! $25 Million for web3 developers. Sign up to get notified when grants are live!

We're hiring
This is some text inside of a div block.
CONNECT WALLET
we're hiring
Login

Everything You Need for NFTs, All In One Place

Enjin is a full stack NFT product ecosystem that allows developers and individuals to create, integrate, trade, and manage their NFTs - no blockchain experience required. 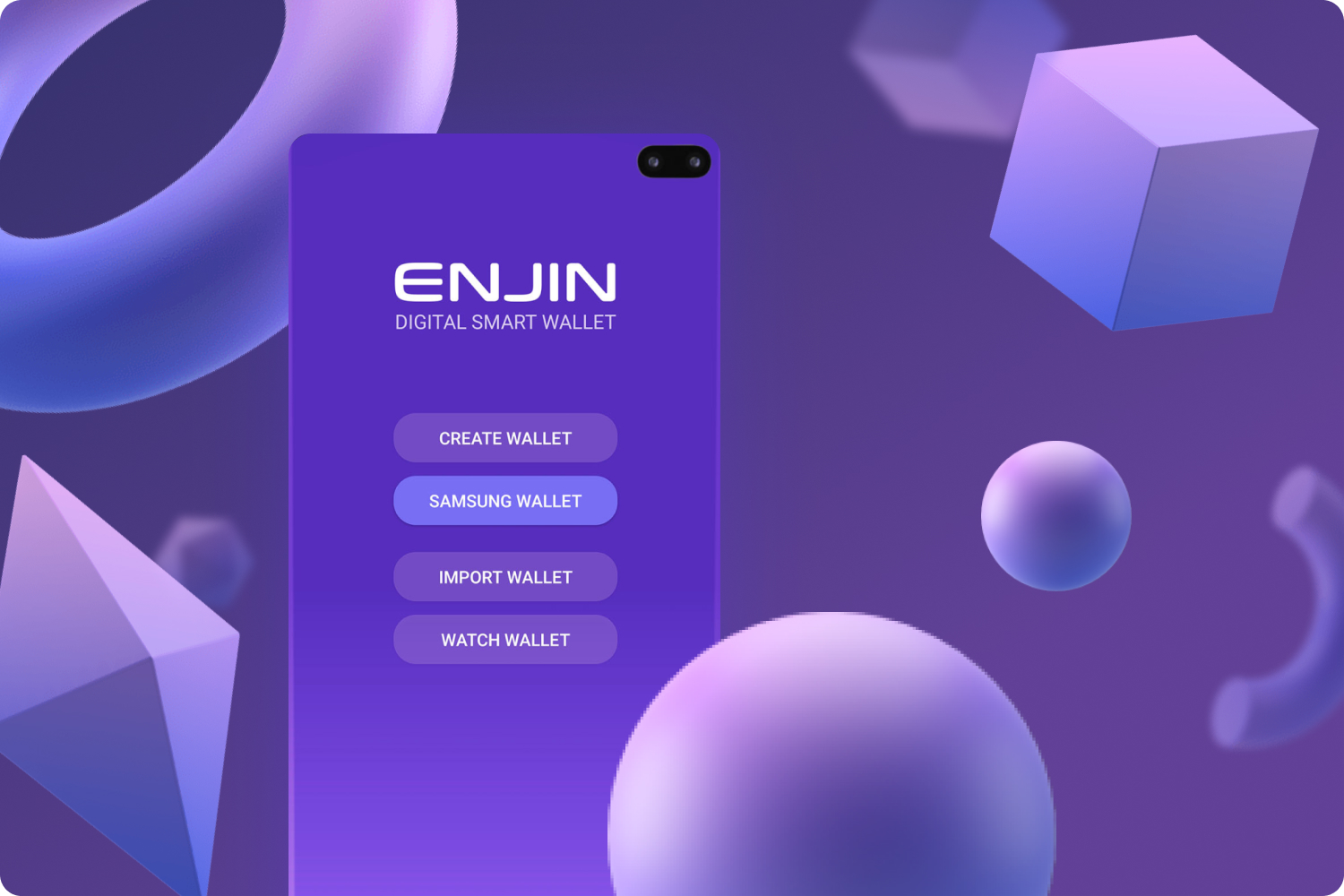 80%
Total Reduction in Outages
50%+
Improved Data Correctness
$50,000
Saved Annually
"Partnering with Alchemy is one of the single most important decisions our team made in terms of scaling. Before Alchemy, we were plagued with managing backend infrastructure that exhausted unnecessary development resources - and other developer platforms were insufficient in the breadth of solutions they offered. Alchemy’s Supernode and products like Composer, Explorer and Mempool have enabled us to focus on the only thing that any company should be concerned about: working on improving our products for the users and businesses that rely on our technology. The entire Alchemy team shows up 24-hours a day to make this happen for us - they’re my favorite company that I’ve worked with."
-
Brad Bayliss, Enjin’s Lead Technical Manager

Enjin was founded in the gaming space in 2009 - just one year after Satoshi Nakomoto wrote the seminal Bitcoin whitepaper. In 2017, the team entered the blockchain space with a vision for NFTs, and the company's co-founder Witek Radomski authored the advanced ERC-1155 token standard, a core contribution to the NFT ecosystem.

Since then, Enjin has solidified their position as one of the most cutting edge, wide-reaching companies in Web3. Their suite of products includes tools for developers, businesses and end-users, as well as Enjin Coin (ENJ), an Ethereum-based cryptocurrency used to back the value of Enjin-powered assets.

Enjin continues to push the industry forward, building the infrastructure for the metaverse via the new Efinity parachain and enabling developers to build blockchain-powered games and apps, while managing these on-chain goods.

For a company like Enjin, with ambitious, mission-driven goals, they need a developer platform that can scale with them. And that’s exactly what they’ve found in Alchemy.

Since partnering with Alchemy in August, 2020, Enjin has seen massively improved performance - both for their own business and their users, including more than 50% improved data correctness, up to 50ms decreased latency and over 80% reduction in outages.

Enjin attributes these improvements to access to Alchemy’s Supernode, and the suite of complementary tools that come with it, including the Composer, allowing the Enjin team to easily investigate node behavior directly from the dashboard, as well as the Explorer, to help assess performance and debug requests.

The Enjin team says that working with Alchemy has led to key resourcing efficiency - estimating that without Alchemy’s help, they would have spent hundreds of hours on infra maintenance and needed to hire an additional 2 SREs for NodeOps.

"Working with Alchemy has allowed our SREs to be disturbed significantly less often, given node-related incidents made up almost all of our on-call incidents, allowing them to catch up on their beauty sleep. Alchemy has built such a phenomenal service and are crushing their competitors."

The ERC-1155 and ERC-721 token standards are two widely accepted smart contract standards that help define NFT functionality. While the ERC-721 standard is widely considered the de facto NFT standard, ERC-1155 offers some powerful advantages for a broad range of use cases. In particular, ERC-1155’s smart contracts support both fungible and non-fungible tokens natively and allow batch transfers of tokens. These two features provide gas savings by reducing the number of mints and transfers needed to transact ERC-1155 tokens.

While ERC-721 contracts are inherently more constrained in functionality and offer a smaller feature set, new developers are able to build without the complexities of ERC-1155’s higher-level abstractions and benefit from legacy integrations with NFT marketplaces/tooling.

Are there other NFT interface implementations?

Over the past couple years, many NFT interface standards have been implemented and shared within the Ethereum community. However, most do not end up being adopted by the mainstream developer ecosystem. In recent months, using the ERC-721A token standard to batch mint NFTs has proven to be a powerful success story, as a gas-optimized NFT standard that builds upon the more traditional ERC-721 standard.

How do I get started with Enjin?

With Enjin, creating NFTs is easy and can be done with just a visual interface, so you don’t need any blockchain coding experience! Enjin’s NFT platform is designed to support a range of use cases, from in-game currencies and inventory, to enterprise loyalty programs.

While minting NFTs can be done with no code, Enjin provides a robust set of SDKs and APIs to enable developers to deploy their NFT items in games and apps. This allows developers to focus on world-building, game logic and graphics, knowing that the blockchain layer of their game is already handled by Enjin!

If you’re interested in building an NFT project, the Enjin Ecosystem provides resources, funding, and a collaborative community of support.

If I’m building a gaming protocol like Enjin, how do I get started with Alchemy?

Whether you’re building a GameFi protocol on top of Enjin or designing the metaverse, you’ll need a few key pieces of Web3 infrastructure to bootstrap development.

With Alchemy, you’ll save engineering time by leveraging the power of Alchemy’s developer platform and taking advantage of its higher level abstractions to focus on building with the Web3 stack!

Get building with Alchemy today!