Get started for free
Royal 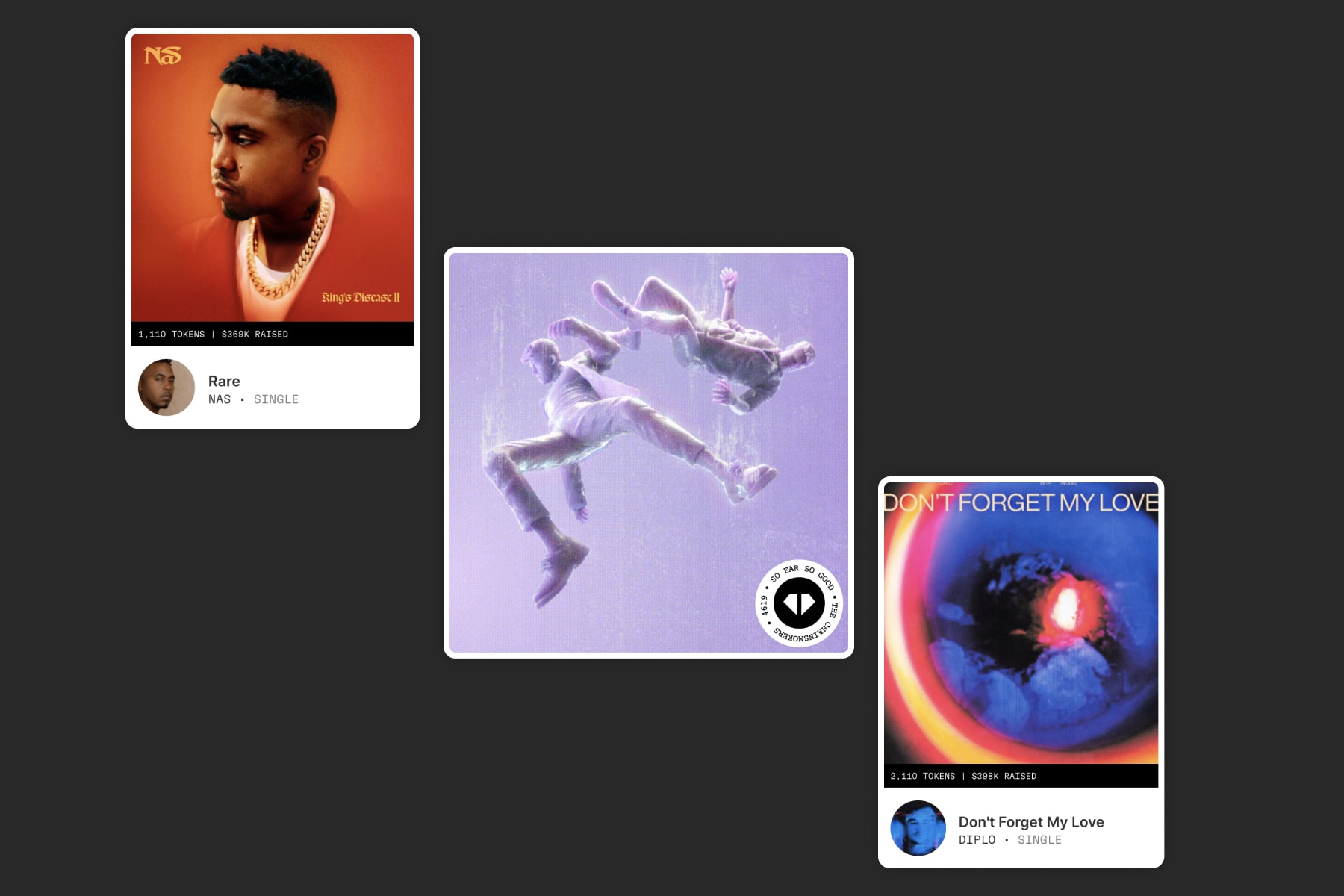 $400k
approx. saved in engineering investment
33%
of all Polygon capacity consumed in Royal drop
+12k
Royal NFTs minted
“Alchemy allows us to deliver a world-class experience for our users, and their team and technology have been amazing to work with."
-
Daniel Neighman, Head of Engineering, Royal

Royal creates a new paradigm in the music industry: fans can invest in their favorite music and earn royalties when the music streams. At the same time, artists maintain greater control over their music, while sharing ownership with their fans.

Historically, music ownership has been limited to record labels, publishers, private equity firms, and hedge funds, with artists often retaining only a small percentage of ownership, if any. And fans’ involvement has been relegated to streaming music, purchasing concert tickets, discussing with friends and generally acting as passive listeners of the music and followers of the artists.

With Royal, now fans can invest in music and take an active role in artists’ success. When they buy a piece of a song or album via Royal, they own a percentage of the streaming royalty rights; plus they can unlock access to benefits like concert tickets, merchandise, and more. Diplo, Nas, and The Chainsmokers are some of the first artists to share ownership on Royal and build a deeper connection with their fans.

The ingenuity of this model is paying off (literally): In July, 2022, fans earned $36k in royalties across four songs as part of the platform’s first royalty payouts.

Royal is a music company. While they enable distributed music ownership through NFTs, or as they call them, Limited Digital Assets (LDAs), this tech is simply a convenient utility for their vision: give people access to music ownership.

The user experience for fans is simple: create a Royal account, follow along on Twitter, Instagram and Royal.io for news of upcoming drops, then make a purchase when a drop goes live. At this point, fans don’t even have to create a wallet - they can simply make their purchase with a debit or credit card and Royal will create a crypto wallet for them that can store their LDAs.

If fans miss a drop, they can buy the assets on secondary markets like OpenSea, too.

Since inception in 2021, Royal has trusted Alchemy to provide the blockchain infrastructure required to handle the amount of demand on their platform, including more than 12k LDAs, purchased by thousands of fans.

Building on Ethereum can be expensive and slow for both developers and users, with high gas fees and frequent network congestion.

“When we set out to build Royal, some of our key considerations were scale, stability, and costs - our own and, more importantly, the added costs our users would need to spend to participate in music ownership.

We chose to build on Polygon, and we turned to Alchemy because of their great reputation, as well as their simple APIs and integration points.”

A successful NFT (or LDA) drop has three components:

Scalable infrastructure is particularly vital for NFT / LDA drops, when traffic swells exponentially in a matter of seconds.

At peak throughput during the drop of “Rare” by Nas, 52 transactions were mined in one block, working out to ~6.6M gas spent in a single block. Each Polygon block has a gas limit of 20M, so this means that in one drop, Royal accounted for 33% of the entire chain’s throughput.

These impressive metrics are made possible by the scalability of Alchemy and Polygon.

Alchemy’s Supernode, with features like auto-scaling and elastic throughput, ensures that a popular NFT drop will never crash or get rate-limited, and will continue to scale with demand.

For their part, the importance of building on Polygon is perfectly demonstrated by the success of this drop (and all of Royal’s other successful drops). Had these drops taken place on Ethereum, gas fees would have been exorbitant and the entire network would’ve been impacted by congestion.

Alchemy and Polygon are proud to enable Royal to fundamentally improve the music industry.